About this wild yard, David Aber wrote: “The first photo is the mailbox by itself. The second photo shows the steampunk motorcycle behind it.”

The owner must have quite a sense of humor! David took the photos and sent them (thanks!) on July 31, 2016. 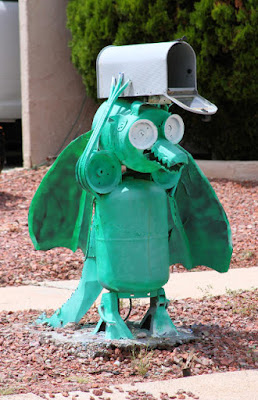 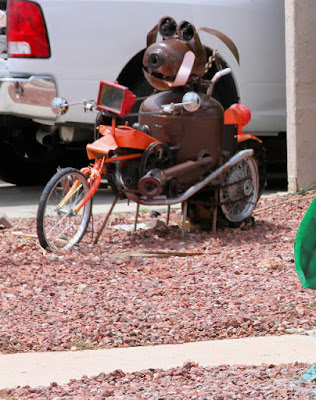 Update (March 8, 2019): David Aber, who took the photos above, was in that neighborhood just recently. He added: “…you included a photograph of a steampunk motor cycle in the yard behind the mailbox. The homeowner has added to, and repainted, the motorcycle. I now call it "Snoopy and Friend". I've also included the line "I'm going up the country babe, don't you wanna go?" from the song "Going Up The Country" by Canned Heat. 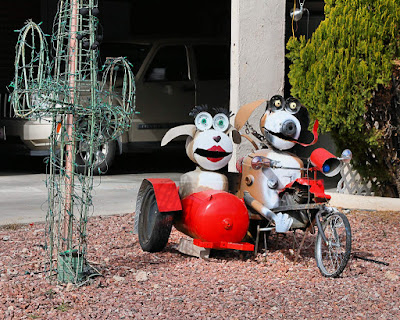