This mailbox has a sunrise or sunset on two posts with fanciful steel between them: 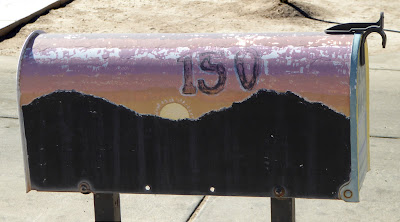 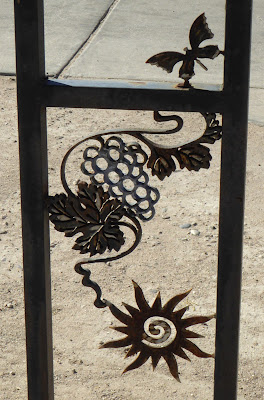 Walk across Swan to see...

When I drove up Swan on February 9th to re-photograph the mailboxes around 2005 North Swan and 2013 North Swan, I turned right on Waverly, just south of the Swan mailboxes. I found rows of mailboxes on both sides of Waverly. Each has a different steel cut-out underneath: 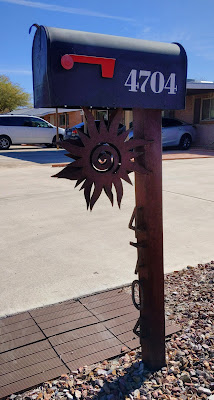 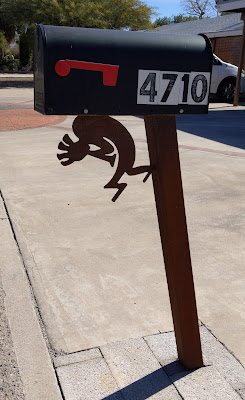 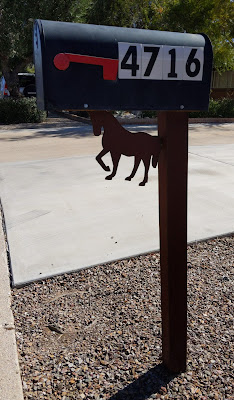 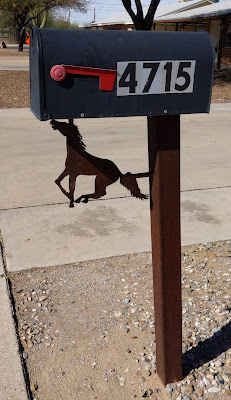 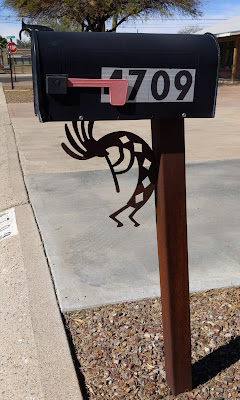 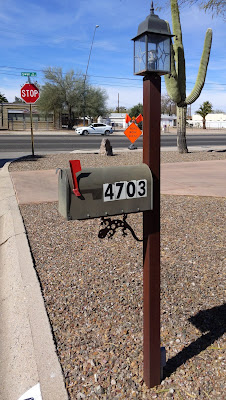 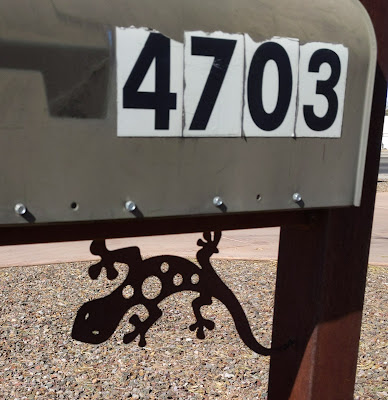 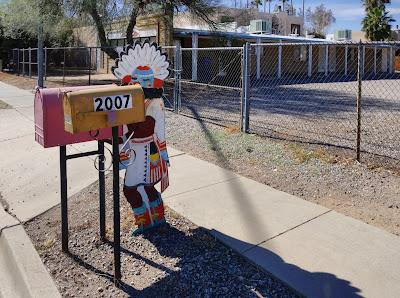 When blog reader Annette recently saw the mailboxes at 2005 and 2007 North Swan in our November 24, 2015 entry, she emailed much more info:

I used to live here for 10 years. Moved out on November 12-2019. This property used to belong to a local pottery artist.

I would also like to add whom the artist was. Her name was Kay Mallik. She was known for her western style pottery. I am not sure when she arrived to Arizona but she had attended the university. I know Kay was producing pottery in the 50's. Location of the mailbox had been her property at one time. The brown brick building south of the mail boxes was her place, and a place for her parents to stay when they visited. The very front of that building was her studio. The little house north of the mail boxes behind the house was her studio.

Truthfully those famous mailboxes are in jeopardy of being removed. Mrs Ruiz's daughter has custody of the property in a quick deed trust and will be eventually be trying to sell both lots of land. To a developer who will have no mercy on those famous landmark mail boxes. Honestly that is a tragedy because it's something that was part of Tucson for so many years. Kay did give a lot of time to this city in some way. Her pottery can be found as vintage pieces. I have a piece of her pottery myself.

I hope this helps with some information about those mailboxes. They are a eye catcher when you are driving on swan or even stuck in traffic at rush hour.

The photo above shows Kay Mallik's place, and the two mailboxes in front, on February 9th. Below is the number plate on the fence next to the entrance:

I took the photos on February 25th.
Posted by Jerry Peek at 6:01 AM No comments:

The November 27, 2015 entry 2013 North Swan Road shows a mailbox along this busy street. When I stopped by on February 9, 2021, to take photos of the mailbox and building just south (see next week's entry), I noticed that the mailbox at 2013 had changed. Here are the south side, then the north side: 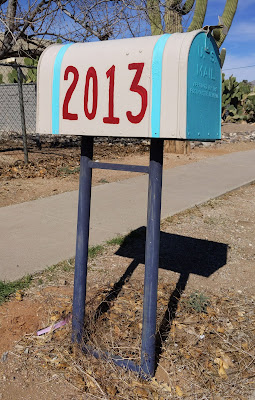 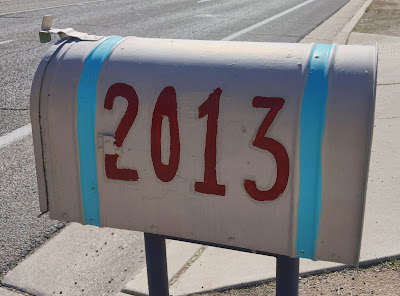 But there's more. I glanced at the buildings on the land behind the mailbox and saw murals. There are photos in today's Tucson Murals Project blog entry, Zooming in on 2013 North Swan.
Posted by Jerry Peek at 6:01 AM No comments:

This rusty-metal mailbox has flowers. Behind it is a matching fence of plants and leaves: 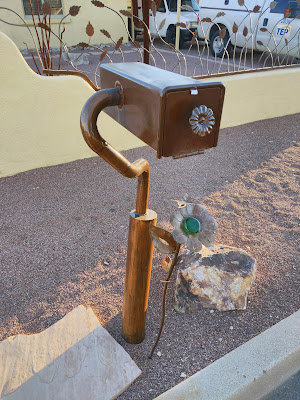 Here's the other side. Underneath the box is a flower with a butterfly: 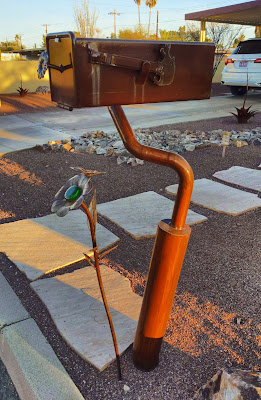 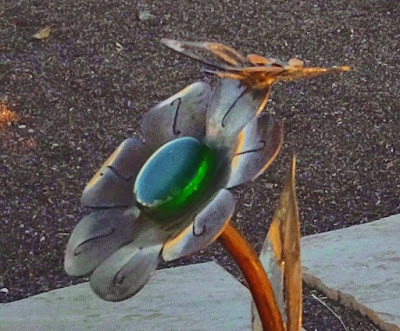 Update (April 2, 2021): The homeowner sent a comment with details about the box; see below. I cropped the photo of the west side (the second photo above) to show the turtle flag: